I have a growing awareness that one of the virtues that is most important to me is the concept of balance, but I'm not sure that would be readily discernible from an observer.

I don't know about you, but previously when I thought of the concept of balance in a spiritual or religious sense, my mind always conjured the image of a Zen master serenely sitting and breathing, an enlightened monk walking a middle path of moderation and self-control. This might be due to my own religious history which included an extended sojourn in Zen Buddhism in my twenties, but…well…that's the image I'm working with. I think it's fair to describe this version of balance as a very static sense of balance. This is a balance that exudes calm and steadiness. Course changes are mild. When the mind wanders, it's brought back to mindfulness and breathing. It is the still pond that functions as a mirror.

Throughout my life, I have had a tendency toward being a contrarian, often to the point of being iconoclastic. I distrust structures, and my gut reaction is struggle between understanding them and tearing them down. While I wasn't prone to getting in trouble as a child, I was nonetheless difficult because I was constantly questioning and challenging those around me. This tendency is probably best illustrated with a story from elementary school.

I grew up in the American south, and a number of my peers were black and used a style of speaking called Ebonics or African American Vernacular English (AAVE). Specifically, it wasn't unusual to hear my black peers use the phrase "I is" even though in traditional English grammar that is an incorrect form of subject/verb agreement. One day, my teacher got frustrated, and she described to us in great detail and with some vehemence that "I is" was incorrect and should instead be "I am". She ended her impromptu lesson by saying, "…and that's why I don't want to hear any of you starting a sentence with 'I is'."

From my seat near the back of the classroom, I piped up without raising my hand: "I is the ninth letter of the alphabet."

My version of balance is chaotic and constantly changing. I'm not an ascetic eschewing the world. I am passionate, and looking back, sometimes I think I change my opinions to bring matters back to a state of balance. My version of balance is dynamic and it must change in each moment to reflect changing conditions. When you look at nature at a high enough level over a long enough timescale, yes, you see balance, but at any given moment, the universe is constantly shifting and swaying to frenetic and irregular rhythms. Nature, at both high and low levels, operates on a series of feedback loops. When a predatory species adapts to become more successful, eventually prey species become too few to supply the larger population of predators. Either the prey will adapt a defense of its own, or the predators will have to adapt to deal with a food source that is no longer available. The system is balanced, but it's never static.

I am sometimes taken to be a moderate because of my tendency to argue passionately for seemingly contradictory positions, and that might even be a fair assessment. This is not a moderation born of simple compromise though. Truth can sometimes best be understood by the paradoxes of conflicting ideas. This is a big part of what intrigued me about Buddhism. My flirtation with Zen Buddhism was an attempt to find a way out of dualism and internal argument. For the Buddha, the answer was neither indulgence nor asceticism but rather a middle path. As I progress with the Religion Project, I increasingly think that for me the answer is also a matter of balance, but I arrive there through passion, tumult, and conflicting ideas—running furiously in one direction before calling it all into question and running just as furiously in the other direction. For a long time, I've sought a way to stop running and find peace, but I'm starting to think that this desire to settle myself is something external to me in the cultures and religions that I've found myself in throughout my life. Maybe my ideal path is likewise a middle path, but it's one that's formed with zig-zags and spirals rather than orderly straight lines, calm procession, and a constant pace. Maybe—just maybe—my frantic sprints from one idea to the next are actually a form of oscillation or triangulation in an attempt to catch the moment of transition when a thing ceases to be itself but hasn't yet become something else.

I'm starting to realize that my balance is the balance of liminal spaces: a balance of autumn, twilight, and concepts that don't fit cleanly into boxes or labels. My balance is wild spaces tucked neatly between busy city streets, little pieces of the unknown on the edges of civilization where both dangers and blessings lurk. My balance is the moment just before rain falls, when all of nature feels like it's in a holding pattern and the world itself is holding its breath in anticipation of the coming storm. In those spaces between "either" and "or", that's where magic happens, and in the mad dashes and constantly shifting conditions, sometimes you trip and fall into enlightenment. 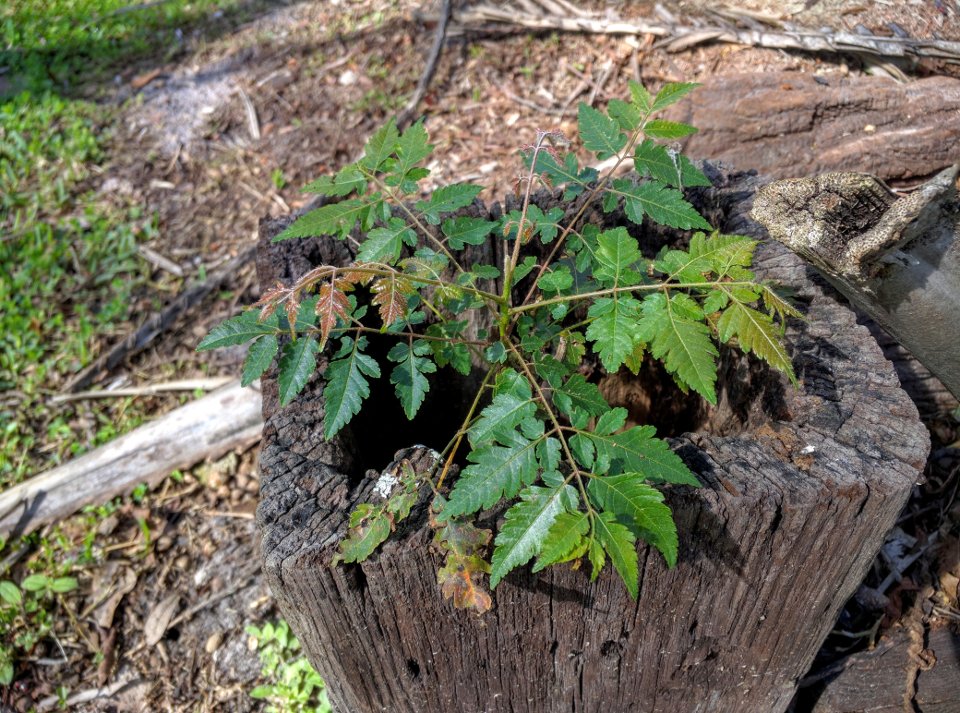