I am six months into the Religion Project, and I still have a very conflicted, constantly shifting, and complex set of feelings toward the concept of gods. I am reminded very strongly of Orwell's idea of "doublethink": holding two seemingly contradictory ideas in your head at once.

In my private journals, I see multiple instances where I have referenced the Greek goddesses Hecate, Artemis, and Athena. I have at times felt a very strong pull toward Hecate in particular. I see in the stories of her a lot of the attributes that I most value: interceding on behalf the suffering, shrewdness, the moment of choice, a constantly shifting nature (or perhaps a multiplicity of the self).

The pull I have felt has certainly felt external to me from time to time, but I remain skeptical. The mind is a powerful thing, and I'm just not sure that I even believe in the existence of gods. My core beliefs aren't concerned with the supernatural. I find more than enough communion and sublimity in the natural world/universe itself. I have, at times in my life, even felt a strong distrust for the supernatural. Pantheism or even animism feels more "natural" for me. Or maybe it just feels easier. This is what I struggle with.

Throughout my life, I have a history of simultaneously believing and disbelieving in things unseen. As a child out in the woods of Tennessee and eventually north Florida, I spoke to fairies and nature spirits as I rummaged around for wild blackberries, but if asked, I would tell you that I was pretending because I would suddenly feel self conscious. After all, fairies weren't real, and any spirits out in the world were demons in fundamentalist Christianity. I remember whispering a little prayer to Athena as a child because I was scared as I lay awake in the dark, but I immediately felt guilty because I was Christian and the gods of Greek mythology were false idols that didn't really exist. As a young kid and teenager, I had several experiences that I ascribed to ghosts. Hell, in my family, we often said that our house was haunted. But in the light of day, I also strongly believed that ghosts weren't real.

In the moment of a ritual or even in small quiet moments, the concept of personified divinity feels very comfortable or even intuitive, but outside of the confines of a ritual space or moments of private and personal magic, my rational mind — my inner Richard Dawkins — tells me that, while such concepts may be beautiful poetry, that doesn't make them any more real. I am constantly in a struggle between an intuitive approach to life that allows for irrational or supernatural concepts and a logical approach that prefers to deal with empirical facts.

Writing about this is very difficult for precisely this reason. It feels very vulnerable, and to borrow the poetics of Harry Potter, I am the consummate Slytherin: pragmatic, secretive, and shrewd. I feel like I'm showing off a wild and irrational part of myself that I should feel ashamed about. I think about my atheist/rationalist friends and discussions we've had about theism and supernatural thinking. I also think about the Christians I know and knew and how a decidedly secular life provides a blank canvas that they can just fill with their own Christian beliefs when they think of me. Belief in another set of supernatural concepts would be another matter entirely. (For that matter, I'm also keenly aware of this vulnerability in finding any kinship with existing religions. As long as I have my own personal symbols and beliefs, I'm just weird. But if you're wearing a pentacle? Well, then all bets are off, and you have become something other.) When I was growing up, a lack of belief was something to be ashamed of. As an adult, belief feels like something to be ashamed of. And the worst part is that I'm not sure that I cleanly belong in either camp; In the crucible of this moment, I am neither believer nor unbeliever. I am merely a pilgrim, a philosopher, and curiosity made flesh.

So yes, it's difficult to write this, even if I never post it publicly. However, I've found in the course of my life that people tend to find great value when I share my confessionals. Because underneath the surface, I think we're all struggling in similar ways. You might not be struggling with theism, atheism, and the multiple permutations between and outside of those concepts, but I'm quite positive that the uncertainty that comes with finding seemingly conflicting beliefs in your own mind is something universal and inherently human.

All of this uncertainty is precisely what I mean when I say that my religion as I understand it has no specified belief in the supernatural. I am conflicted and uncertain. I pay passing acknowledgment to the possibility of personified divinities, but ultimately the only certainty I have comes in the beauty of the universe and the steady progress of nature. I can see moonlight. I can hear the splashing of the creek by my house. I can smell the pungent herbal smells from the plants in my witch's garden. I can taste the efforts of tiny living creatures in my glass of wine, and I can stick my hands in the moist earth within the raised bed of my garden. As for what I feel? Well, that is as hard to contain as a cool Spring breeze. 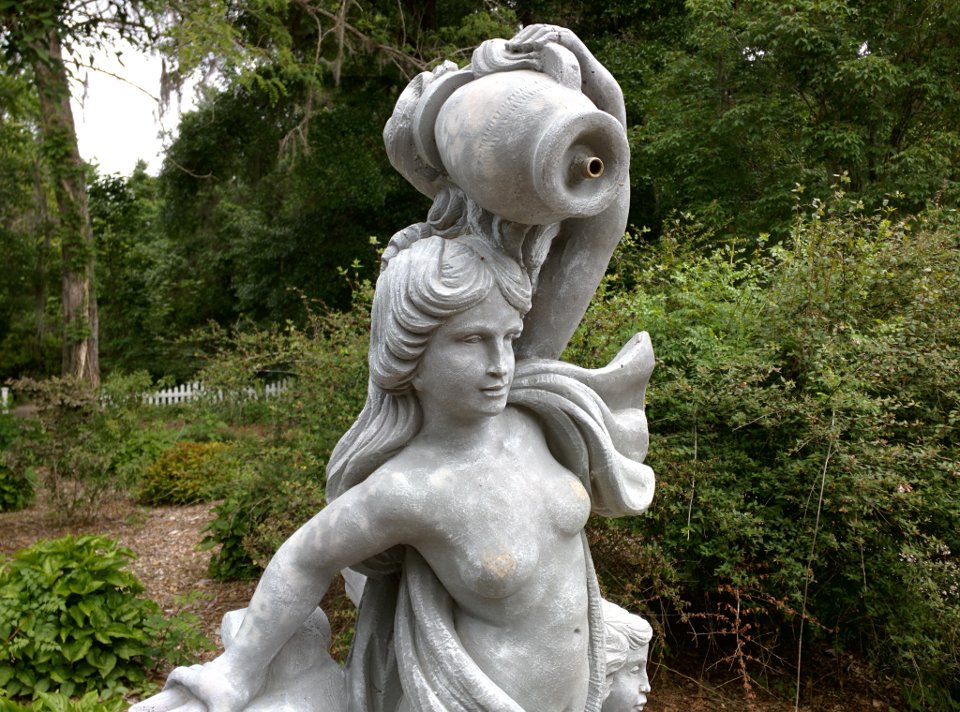