When I was reading through The Spiral Dance by Starhawk, I came across a rather interesting take on the concept of "initiation" in her 10th Anniversary footnotes. I liked it so much that I immediately stole it.

Suppose you wanted to be initiated. You would choose the people you want to ask for initiation...Each person you've asked would then give you a challenge. This might be something educational: 'Read five books on the Craft' or 'Attend five rituals of Craft groups outside our own.' It might be something personal: 'Exercise every day for twenty minutes' or 'Learn to drive.' It might be a magical challenge: 'Create your own Place of Power in the underworld.'"

Truth be told, this quote stood out for me in part because I was already privately incorporating something like this as part of the Religion Project. As I've mentioned in other posts, my religion is a very personal and private one—especially during the project. I am reluctant to involve others precisely because I'm seeking to understand my own beliefs rather than merely importing the belief systems of someone else. To this aim, I am challenging myself in ways that force me to go beyond where I feel comfortable. These challenges aren't driven by my logical day-to-day brain. Instead, I'm trying to use my intuition to guide me in directions that I might not head in left to my own devices and daily routines. It's my hope that these challenges will serve as both a discovery process and a self-initiation into...whatever I end up labeling my religion once this project is done.

Those of you who have known me in person probably know quite well about my phobia of bees and wasps. Please understand that I am not using the word "phobia" lightly. Many people declare that they have a phobia when they really mean that they're very afraid of something. In my own case, upon encountering a bee or a wasp, I historically have one of two very bad reactions: (1) freeze in place, hyperventilate, and shake, or (2) run away as quickly as I can without regard for my own personal safety. As you might imagine, both of these reactions are very bad things. The ensuing panic attacks can take over an hour to move past, and they interfere with my ability to be outside during the summer.

Since nearly the beginning of the project, I have been actively working on my phobia in my private time. Because I had to start somewhere, I started with YouTube videos of bees. This may seem like a very bland way to start if you don't have a phobia, but I find it very difficult to not breathe faster and more shallowly even when I know that I'm just watching a video of a bee. After some time, I made a point of leaving videos of bees going on one monitor while trying to work. At first, this was extremely difficult, but now I can actually write PHP and Javascript while bees are buzzing in my ears. Recently, when I encountered a bee while sitting outside, I was amazed that I was able to avoid a full-scale panic attack for the first time in a long time.

If you follow my other collections, you know that over the weekend I went to my local nursery to pick up plants for my witch's garden. While I was there, I encountered some meadow sage that was being swarmed by honey bees. I was able to calmly look at the plants and examine the care instruction tags even though honey bees were literally centimeters from my face and hands. I was so amazed that I made Allyson come over and see. When it came time to ring up my plants, I knew that I needed to up the challenge to make this truly initiation worthy: I had to pick up one of the plants with the most flowers and bees and carry it to the register. Again, it may sound simple to you, but for me, this represented an epic quest and was generally something I would not have done three months ago.

That plant is now safely in my raised bed in the backyard. I even went back later in the day and got a second one that had even more bees swarming it. When I look at those plants in my witch's garden, they are tangible proof that I have improved myself. Ultimately, I think that's the real point of initiation. I can't guarantee that I'll never have a panic attack about a bee or a wasp again—that's not how phobias work—but no matter what, I have those plants to show that I managed my very intense fears.

Working on my phobia is just one of the challenges I've been outlining for myself. I built a raised bed for my witch's garden with my own hands, using materials I went to the hardware store and asked for myself. I've read (and re-read) an astonishing amount of books on religion and philosophy. In March, Allyson and I are even going camping in a tent in the Ocala National Forest. I'm still not sure what label I'll put on my beliefs at the end of the Religion Project, but however that goes, I'll be confident that I've earned my initiation. 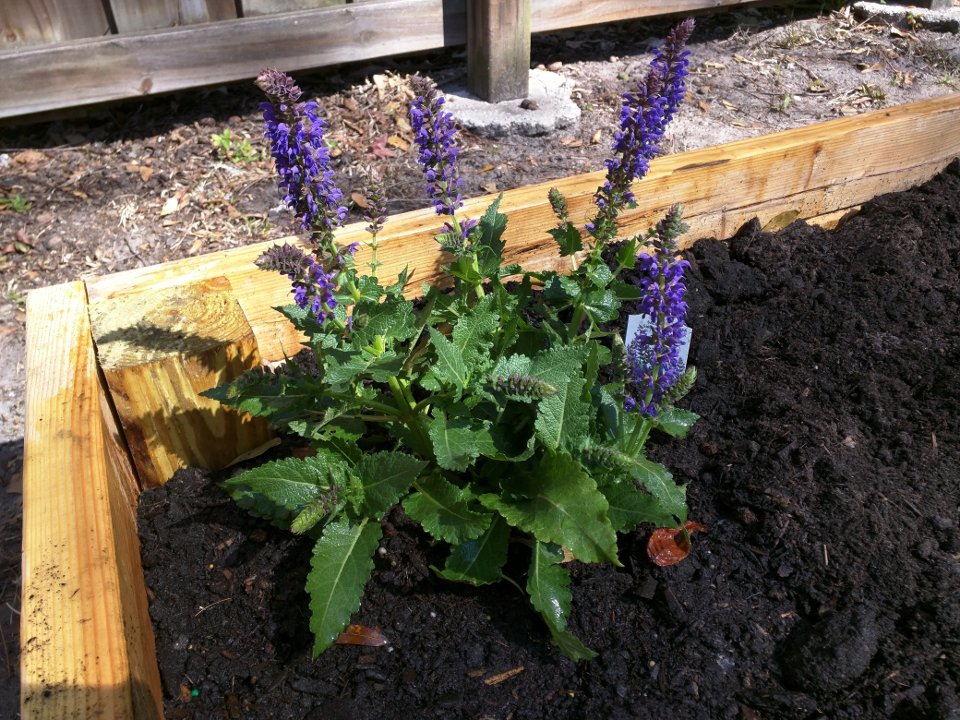