I don’t write about religion and my religious beliefs as much these days because, after my year and a day of study and reflection, I feel like I’ve answered most of the big structural questions in a way that works for me. I know quite well what the rituals, practices, and beliefs of my personal religion are at this point. I continue to do what works, and I change what doesn’t. My religion is a part of my everyday life, but it’s a very private part of my life. I know that my religion is highly individual, and I accept that it’s difficult to talk with people about such things without stumbling into a set of expectations and definitions that don’t really reply to my practice.

I am not evangelical. I’m not here to convert others. The term “faith” has no place in my religious practice because I don’t believe having a belief in unseen things is particularly valuable. My religion is a religion of the natural world, the wild places, and the mysteries that the universe itself presents. My religious practice is about recharging my mental, emotional, and spiritual energy so that I can act on my values in the most effective way possible. What purpose then do I have in writing about such a personal and individual system?

When I was Christian, I often said that it was incumbent upon Christians who don’t adhere to party-line orthodoxy with the more popular strains of Christianity to nonetheless visibly proclaim their Christianity in an attempt to carve out a larger definition of what it means to be Christian. If you cede all public discourse to those who disagree with you, you are ultimately allowing them to define you out of existence. It’s possible that such a thing is still true within the larger context of what it means to be “religious.”

Because I am a critic by training, I often only formalize the boundaries of my practice in comparison and in contrast to other religious traditions. So long as my beliefs only affect me, there’s no need to articulate what they are. Because I am inspired and humbled by wild and untamed natural processes, there’s often not a real personal need to have things articulated in words. Coming from a faith tradition very much driven by sacred text, this wordlessness feels liberating to me. But it doesn’t mean the boundaries aren’t there.

For example, on my path away from Christianity, I had an extended sojourn in Zen-inspired Buddhism, for a while classifying myself as a Christian Buddhist before I lost my belief in the Divine. Eventually, however, it became apparent to me that I wasn’t a good Buddhist. In fact, it became apparent to me that it wasn’t fair to Buddhists to call myself by the same term because my beliefs were often quite incompatible. For all the reasons described above, I didn’t feel a real need at the time to articulate what precisely the difference was. I recognized it internally, and that was sufficient. In November of 2016, however, I encountered a Facebook post by Buddhist teacher Thich Nhat Hanh that captured by way of contrast one of those differences:

To bring about real change, our efforts must be collective and harmonious, based on love and respect for ourselves and each other, our ancestors, and future generations. If anger at injustice is what we use as the source of our energy, we may do something harmful, something we will later regret. According to Buddhism, compassion is the only source of energy that is useful and safe. That is why love must always go together with understanding. Understanding and insight show us how to act. (Thich Nhat Hanh, Facebook post from 2016-11-13)

I’m quite sure that Master Thay intended this to be read in the context of the US presidential election that elevated Donald Trump to the presidency. However, it also caught me squarely during the time of my own come-to-Jesus political re-awakening as an anarchist, and frankly speaking, it pissed me off. It pissed me off enough that I copied it into a text file with some hastily typed notes for future review.

I ended up adding to that file again in the following January when he posted this on Facebook:

People often use their anger at social injustice as a basis for action, but that is unwise. When you are angry you are not lucid, and you can do many harmful things. (Thich Nhat Hanh, Facebook post from 2017-01-29)

I am not distrustful of emotion. When I was struggling at being a Buddhist, I often found myself feeling like a Vulcan from the Star Trek universe, distrusting my emotional reactions, pausing to meditate and re-center my thoughts, acting only on logic. This…is not me. I am a very emotional person. I feel things extremely deeply, and I am so empathetic that I often struggle with picking up too many of the emotions that others are sending out. My whole life I had struggled to control and contain those emotions, and when it came time to really examine my own beliefs in pursuit of articulating my own personal religion, I stopped being distrustful of those emotions. We don’t have to be passionless, logical consensus builders to effect meaningful change. In fact, I think the more likely result of such tactics would be actions that are subsumed by the larger societal structures. Working within the system is all too often an opportunity to be used as a form of inoculation against larger change that would alter an unjust system.

I was reminded of all of this today because I’m reading Flow by Mihaly Csikszentmihali. While not a Buddhist text, I can see a lot of Zen influence especially. I encountered a passage this morning, and it motivated me to start writing:

In that sense one would call them self-assured, yet at the same time, their egos seem curiously absent: they are not self-centered; their energy is typically not bent on dominating their environment as much as on finding a way to function within it harmoniously.

This attitude occurs when a person no longer sees himself in opposition to the environment, as an individual who insists that his goals, his intentions take precedence over everything else. Instead, he feels a part of whatever goes on around him, and tried to do his best within the system in which he must operate. Paradoxically, this sense of humility—the recognition that one’s goals may have to be subordinated to a greater entity, and that to succeed one may have to play by a different set of rules from what one would prefer—is a hallmark of strong people. (Mihaly Csikszentmihali, Flow, Chapter 9)

Csikszentmihali here is extolling the virtues of feeling trapped to only operate within the context of a larger system. When the system is just, that can be a sign of wisdom. When the system is unjust and leads to direct and widespread harm, it’s the height of folly. And yes, in response to the Thich Nhat Hanh quote above, just anger is a fine fuel for societal change. It’s human, and if we’re going to be a better human society, I would argue that we need to work with those responses rather than attempt to transcend them.

Evolution happens on a multi-generational timescale. Our bodies are not going to re-wire themselves fundamentally in the course of our lifetimes. We are the sack of meat that we occupy. My mind exists within the systems of the brain in my skull. That brain continues to function because its needs are maintained by the constant flow of blood from my beating heart. I am this shell. My consciousness is almost certainly tied to this body. Fighting my body is fighting myself. Fighting my humanity is only crippling my potential.

On a personal level, after years of study I have grown very skeptical of religious and spiritual paths that primarily seek to build up the inner self. My intentions and motivations are important only insofar as they cause me to act in accordance with my beliefs. The blood of Christ isn’t there to atone for my sins; I must atone with my own hands. Sitting to meditate is only valuable insofar as it allows me to maintain enough presence of mind to channel my energy into productive action. There is no magick in this world brought about by chanting in a circle, beseeching the spirits of Nature, and then promptly sitting on your ass and waiting for something to happen; there is only the magic of focusing your thoughts into action in tandem with those around you to make meaningful change.

The society in which we find ourselves is overwhelmingly influenced by neoliberal ideology, which tells us in part that our individual actions in a market-based economy are what truly matter. Feel concerned about climate change? Buy a hybrid car. Angry that Nike is paying millions of dollars to Colin Kaepernick? Burn your Nikes and post the video to YouTube. Want to show your Christian values? Buy a sandwich from Chick-Fil-A. Want to show the world what a socialist you are? Buy a snarky t-shirt made in a factory in China. In my view, a neoliberal-influenced religion would primarily be concerned with self-improvement. As a literal card-carrying socialist, I’m far more concerned with collective improvement through direct action. Where a neoliberal religion would serve to calm you down and help you build up a rich inner peace with what is, my anarchist religion would find it much more preferable for you to get angry enough to start smashing the hierarchies around you that keep you imprisoned.

Please don’t take any of these things as an indictment or condemnation of Buddhism. As I said, I was a shitty Buddhist. It wasn’t my religion; it just had enough in common with it that I was mistaken. Solidarity with my socialist Buddhist comrades who are willing to stand shoulder-to-shoulder with me to reduce suffering of all beings, giving more people a chance at enlightenment. And solidarity with the Christians out there who embrace the proud tradition of working for social and economic justice in the name of Christ, for that matter. If you’re willing to work this non-theistic anarcho-commie Witch, she’s ready to fight and bleed right alongside you. One of my best friends on this planet is a socialist Muslim journalist turned social worker. We don’t have to agree theologically to be comrades, and I hope my strong words about my own beliefs won’t make you think I don’t respect yours. I’ve just recognized over time that other religious paths aren’t mine, and talking about our differences and similarities helps me articulate in words what my own beliefs and practices are to anyone who cares to read. 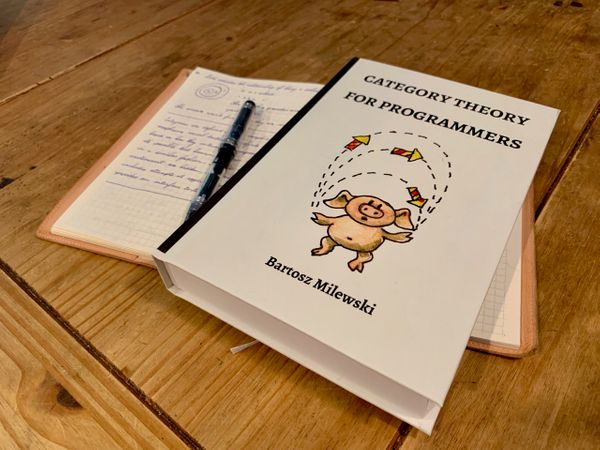 I have recently discovered something important about me and how my mind works that feels like precisely the sort of thing that I should note. Maybe some day it will

This is not to say people shouldn’t seek comfort in art, in TV, in movies. It’s the only way to not go mad! But, in our view, do it knowing what you’re doing is fun and aesthetic, not militant and subversive—