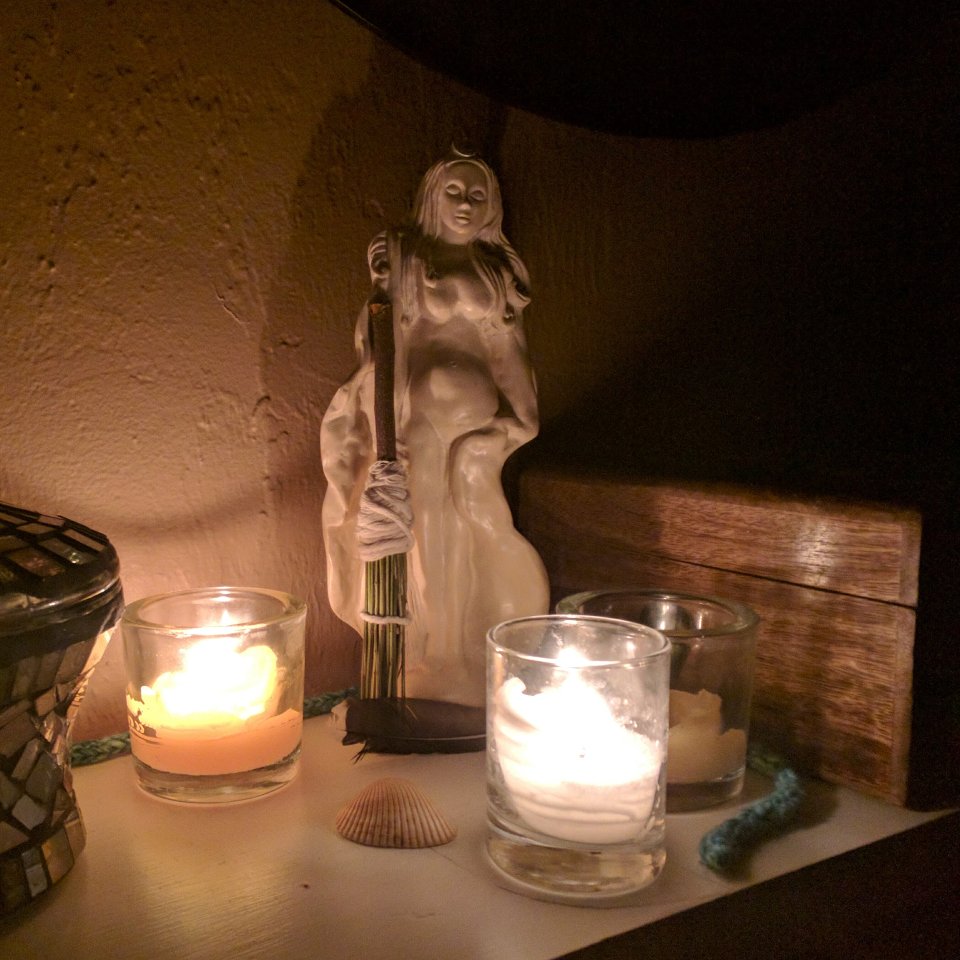 I have a complicated relationship with prayer. Even when I was Christian in the Southern Baptist tradition, I didn't feel at ease with the concept of asking a more powerful being to do something on my behalf. My view of my place in the world has always had a strong element of self-sufficiency. If you think you're going to do poorly on a test, for example, you should probably spend your time learning the material rather than petitioning an external force to intervene on your behalf. In all matters, one of my first questions to myself is "Can I do something to improve this?" The answer is almost always yes. Sure the action might not be on the level we would ascribe to the divine, but it is tangible and ensures that I'm doing my part.

For me at least, thinking on too large a scale can be paralyzing. It leads to feeling helpless and ultimately doing nothing. And far too often, we make prayer complicit in doing nothing because it gives us a feeling of doing something when all we've really done is stay in our comfortable homes with no direct action taken to help solve a serious problem.

My faith has always been a religion of getting off my ass and helping in a direct way. From my teen years onward, prayer was, for me, exclusively about communion with the divine, pondering my place in the world, and accepting the aspects of my life that I couldn't affect in even a small way. I often describe my religion as non-theistic. This is a very different notion than "atheistic" (though the prefixes and roots in those words could certainly make you think otherwise). I don't spend a lot of time or energy worrying about a personified version or versions of the divine. I prefer instead to focus on the tangible reality around me and my role in it.

And that brings me to the crux of my complicated relationship with the word "prayer." I've had far too many people misuse it around me. I've seen prayer used as both an excuse and a weapon, and I have no use for either in my personal religion. Most mornings these days, I start my day by lighting a candle at my personal shrine/altar and pledging to do my part to have a positive impact on the world around me. I vow to act in ways that bring light to those around me in the same way that the moon lights the darkness. I take a few moments to commune with my personal understanding of the divine, establishing the right frame of mind to affect the world around me in positive ways and really internalizing the notion that I am connected to every single living thing on this planet by both a shared genetic lineage and a shared responsibility to each other.

It's not necessarily what comes to mind when people say "prayer," but somehow I think that Moses, Jesus, Mohammed, and Buddha would recognize it just fine. Mystics connect directly with truth, wisdom, and the divine, and we tend to recognize each other no matter what faith tradition we belong to.