During the Cold War, defense companies like Lockheed in the Santa Clara Valley drew scores of ambitious scientists; these workers seemed to share certain personality traits, including social awkwardness, emotional detachment, and, namely, a single-mindedness about their work to the point at which “they devoted every waking hour to it, usually to the exclusion of nonwork relationships, exercise, sleep, food, and even personal care.” In the late ’50s, Lockheed’s own company psychologists created a label for this particular bundle of traits: “the sci-tech personality.”

I enjoy learning. I become enthralled with very specific topics with little warning or provocation. I have been known to devour entire shelves of books on a topic with a single-minded voracity that people often have to get used to. A lot of the topics that interest me most can be loosely grouped under the umbrella of computer science and engineering. As I’ve mentioned in the past, I don’t have a degree in computer science or any form of engineering. Programming, logic, and the grokking of systems were a passion and a hobby for me, a hobby that turned into a career once I learned that people will pay me to play with computers. Now, I’ve never been diagnosed with autism, but I understand that I exhibit behaviors not unlike those described in the quote above, which in turn are behaviors often associated with austistic people.[1]

As I have begun reading about Marx, socialism, and anarchism, I have a dawning awareness of the wage labor system itself as an inherently exploitive system. I am taking my first steps toward getting involved in the larger community of workers because I firmly believe that this system must change and that the penalties for doing otherwise will be a destroyed ecosystem, depleted resources, and a permanent and growing underclass of people regarded more as resources than fellow humans. Furthermore, I understand that neurologically atypical people are often exploited even more than their (our?)[2] neurotypical peers and that the example in the quote above and current tech culture are excellent examples of how that happens. However, I also am sometimes left wondering what is to be done. The fact that my labor is being exploited and underpaid doesn’t change the fact that I also get the benefit of having my curious obsessions subsidized. This morning, while working on a series of programming exercises on Code Wars, I got distracted and started learning abstract algebra because it sounded fun. What’s more, I know that this knowledge will be directly applicable to my job as a computer programmer. If I’m going to spending a Saturday morning learning abstract algebra, isn’t it better to be paid for that rather than not paid for it? 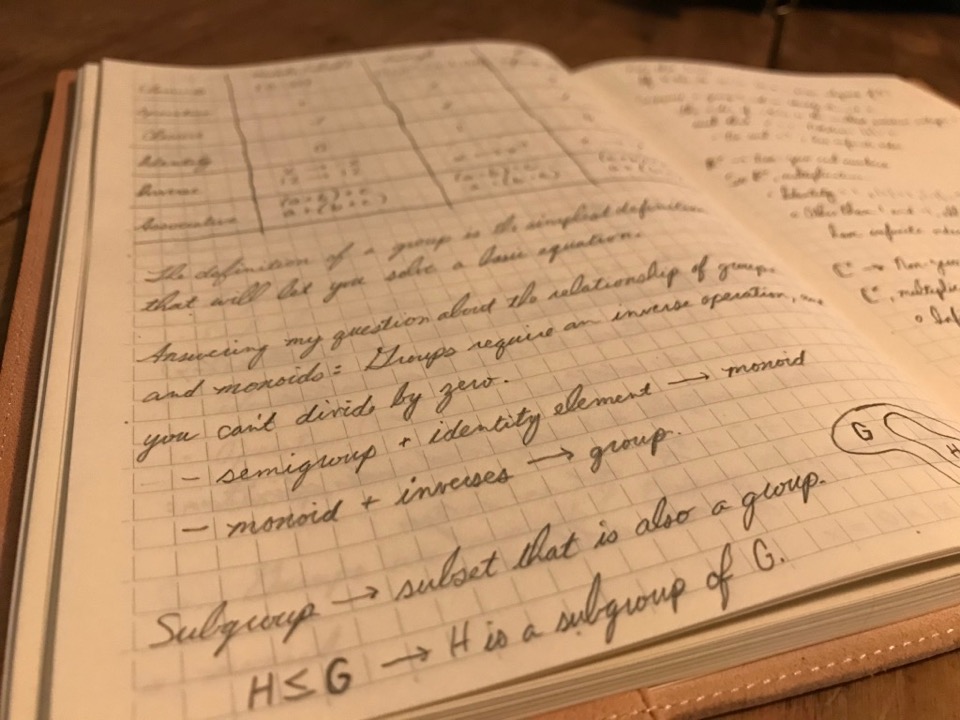 Once we’ve all worked together to dismantle the oppressive capitalist system, I have confidence that we will, as a people, dream up and implement far better structures that help us reach our potentials without the scaffolding of an oppressive system, but in the meantime, am I being more exploited because the bourgeoisie is taking advantage of my peculiar mind or less exploited because I truly enjoy at least some portion of what I get to do with my time. I’m not sure I have a great answer to that question. You’d imagine that my critical theory degree would have better prepared me for questions like that.